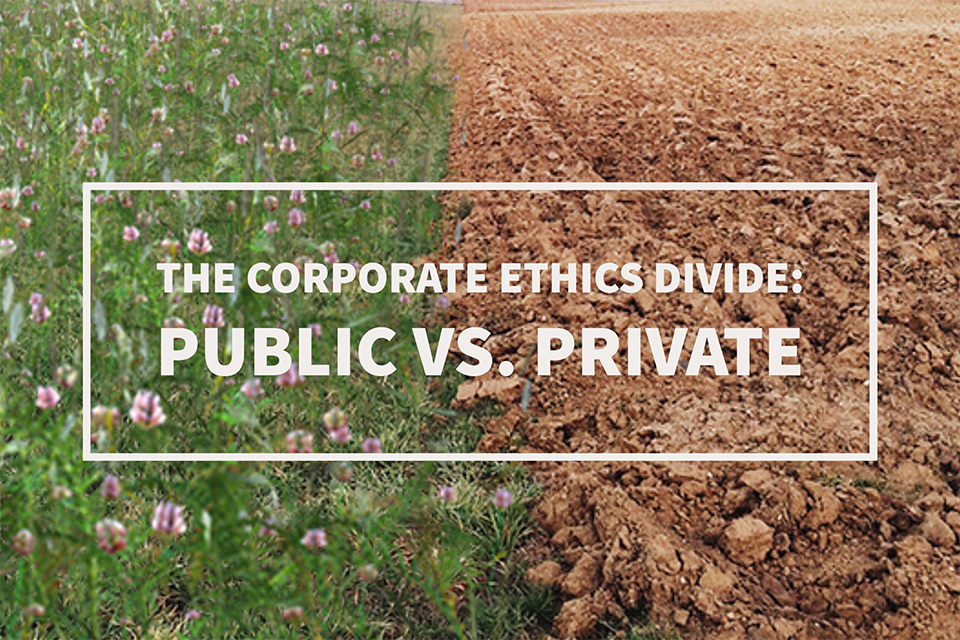 This week I heard about a friend of mine who was dealing with some serious corporate ethics issues in regards to his power bill. Over the course of a few weeks, he continued to be overcharged on his power bill because of a broken utility in his unit. Rather than giving notice to the consumer that his daily usage was nearly five times as much as previous daily usage, the power company simply waited until my friend saw his monthly bill. When my friend saw his electric bill of $285 (normally paying ~$50), he tried calling the company to inquire why his bill was so high. The initial customer service representative responded the meter reading charge was correct, and simply noted the multiple weeks of consecutive $9 plus per day electric costs. She did not want to take the time to understand the problem, nor did she think it was her duty to serve the customer and make the ethical choice to be diligent and thorough. Even though the company had quietly been taking my friends money without being diligent to report the spike in daily cost, the company said there was nothing they could do to adjust the charges. My friend was told that he would have to accept the overcharge for the unbelievably abnormal bill. Unwilling to accept this outcome, he made several more phone calls and was able to reach a supervisor. He ultimately had to threaten the supervisor that if the charges were not adjusted and the company did not do the right thing, he would be forced to share the story on their social media sites. Upon hearing his threat of exposing the company’s wrongdoing to the public, the power company quickly adjusted the charges. In the end, the company did the right thing.

As my friend shared his story with me, I was reminded of the value of good corporate ethics. The corporate culture within which ethics is practiced on a day-to-day basis is essential to ensuring that the entire corporation has a solid foundation. Corporate ethics are embedded in the corporate culture that starts at the executive level. If C-suite executives are not espousing a culture of ethics and compliance, the spirit from the top trickles down to employees. The focus of the employees is rather to make the most money for the company to perform for evaluations, incentives and bonuses. However, if the motto of the company is to always do the right thing and serve the customer, then the culture of the corporation is founded on ethics rather than only making money.

So, let’s take Wells Fargo as an example. In a 2015 Fortune magazine interview, CEO John Stumpf stated that he was the “keeper of our company’s culture.” So, what was Wells Fargo’s culture? Based on what news reports and investigations have revealed, it can be argued that Wells Fargo’s motto was to meet sales quotas that created a pressure-cooker within the corporation. Does this foster a culture of ethics in the corporation? There was an Ethics Line after all. But, approximately a half dozen ex-Wells Fargo employees told CNN Money that they believe they were fired in retaliation for calling the ethics line about improper sales tactics. When a corporation creates an Ethics Line, it should be a Safe Space for employees to call and speak up about possible ethics and compliance violations. In this case, the mere fact that these employees were fired for trying to do the right thing illustrates that the ethics of the corporation did not allow for the situation to be corrected.

A critical component of corporate ethics is to take accountability when wrongdoing is discovered. Ownership is vastly important for the health of a corporation after discovery of major ethics and compliance violations. When the Wells Fargo case emerged, Stumpf did not “Own It” but rather blamed his employees. It was only when more details were reported, that he suspiciously retired. In my case, I took responsibility and pleaded guilty making amends to the victims (which included Wells Fargo) for my actions.

It is crucial that every corporation has a precise mission and a corporate culture of ethics that acts the same publicly as in private. The boards, shareholders, managers, and employees will then rely on these established principles when an ethical dilemma arises. Just as character matters in people, it matters in organizations,” says Justin Schultz, a corporate psychologist in Denver. Corporate ethics must be rooted in “Doing the Right Thing, No Matter the Consequence.”

Similar to needing an ethics code in our personal lives, every company must have a code of corporate ethics that can stand up to this question: “If our decision(s) were posted on social media for all to see, would we still make the same decision(s)?” Organizations must have corporate ethics policies that act the same both publicly and privately. Do you have any corporate ethics stories like my friend’s? Please do share!