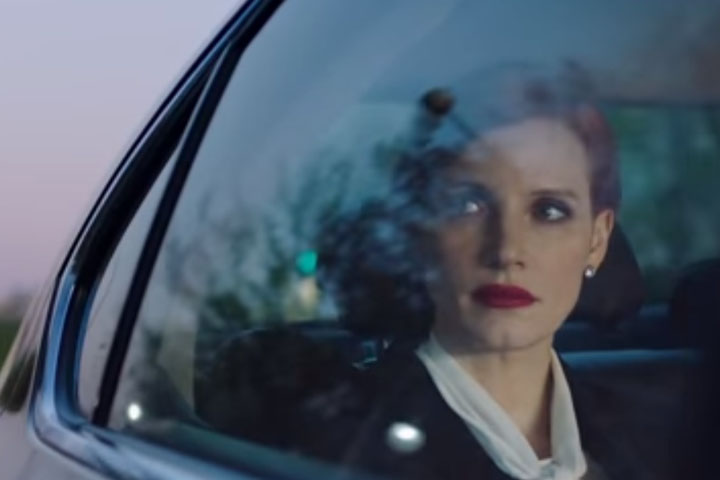 This week I had the chance to watch Jessica Chastain’s movie, Ms. Sloane, about a leading lobbyist in Washington DC and it certainly was a political thriller. Throughout the movie, I found myself questioning Ms. Sloane’s actions and ethical decision making process.  The main guiding principle in the movie for many of the characters was “win at any cost.”  I rarely will get involved in a political conversation of right versus wrong, or right from left, and this blog is no exception. However, the challenges facing the lobbyists, politicians, and governmental staff in the film permeate throughout our society, no matter the profession or industry sector.

Ms. Sloane is a woman who is known for her aggressive strategy, her foresight, dedication to her client and cause, and the likelihood of winning the fight.  She is strong, fierce, daring, and beautiful.  She is not intimidated nor is she affected by much, to the outside world that is.  But when she is by herself in her private time, she is lonely, pops pills to stay awake and fight anxiety, engages with a male escort for intimacy in order to avoid any real relationships, has no true confidants and is ultimately unhappy.  She teeters between a woman who is trying to fight for the right cause for the good of all, and her personal desire to win.  She violates the trust of those closest to her and is always thinking ahead ten steps of her competition.  Ms. Sloane’s ethical decision making process takes others out of account and endangers others if it will further her cause. She does not anticipate nor consider emotions as relevant to the equation.  Ultimately, Ms. Sloane’s ethical decision making process leads her to charges of improper conduct and she finds herself in a federal prison, only after she ensures that her team is safe from any individual charges and that her cause for more gun control wins.  The outside observer can eventually see a morsel of goodness within Ms. Sloane and a reason for her actions, albeit unethical by any reasonable person’s definition of principles.

How many of us are raised to focus so much on “winning” or “succeeding” that it is easy to lose sight of right and wrong?  Why is it so bad for Ms. Sloane to only consider the end goal of representing her client and getting the “win?”  Why should she have to think about any other human being’s feelings?  Well – because it’s the right thing to do.  Yes, achieving our goals is important and the momentum pushes us forward. However, we cannot be so single minded that we are not considering all the parties involved.  I certainly don’t claim to have all the answers, but one thing I have learned through my experience is that I should’ve considered what was in the best interest for everyone, not just my own clients.  If Ms. Sloane had at least given a moment to think about others in her ethical decision making process, she might have retained friendships and integrity.  What do you think?

My father and mother both are past Presidents of local Rotary Clubs.  I grew up attending weekly meetings where I heard the following recitation each time.  It’s the Rotary Club 4 Way Test of the things we think, say or do:

After I finished Ms. Sloane, I remembered these 4 questions about the ethical decision making process.  Had Ms. Sloane’s character considered each of these inquiries and applied them to her actions that were often deceitful, untruthful, and certainly lacking integrity – she might not have won the fight for her client….but she likely would have maintained a life based on ethical values, not just the mission to win. Do you think Ms. Sloane would have been more happy and at peace if she did this?  What are some ways that Ms. Sloane could have improved her ethical decision making process? I would like to know what you think!