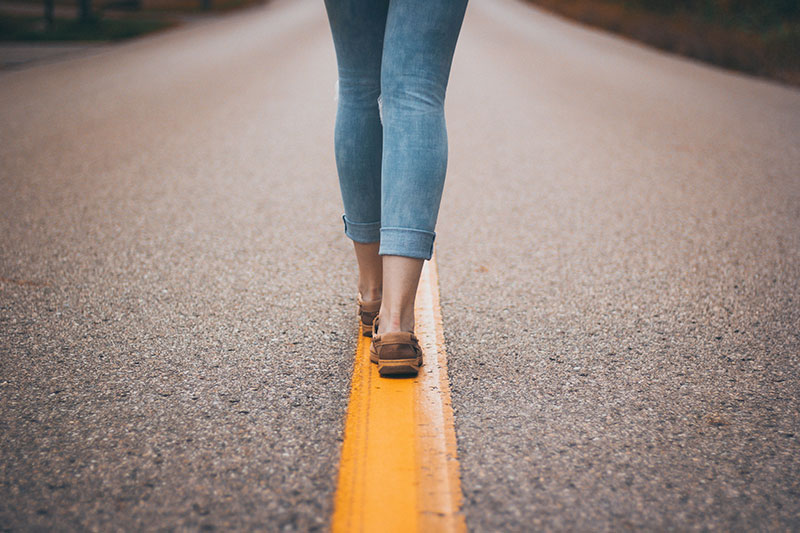 When I was incarcerated and serving my sentence, I met a vibrant, strong, intelligent woman who had been an associate attorney in a law firm practicing for a few years.  On one particular evening, her boss asked her to pretend to be one of their clients on a phone call.  The call was starting in that moment and she did as her boss requested.  She is now serving a five-year sentence for that decision made in an instant.  I have had time to reflect upon my own actions and there are moments in my own journey where I made bad decisions.   I remember meeting my client, a real estate developer, who asked me to engage in some creative transactions, that I knew in my heart were in the gray area.  I didn’t ask the hard questions.  I made a decision to stay in the dark, to be willfully blind. My ethical decision making was poor. I convinced myself that I did not need to do my own due diligence, ultimately breaching the ethical standards of my fiduciary duty.  On December 24th, 2007 at 8:00 pm, I made a decision to forward an email in reference to an upcoming closing that contained documentation and language giving me notice of something wrong.  But, I chose to do nothing, to look the other way, to move forward without stopping that transaction from closing.

Since I have returned home, in the last two years, I have had the opportunity to research and understand the psychology of ethical decision making.  I know for sure that I never received specific training on ethical decision-making.  But, here’s the thing, I grew up following the straight and narrow path.  By all accounts, I was raised with moral values and principles, and I worked incredibly hard to get to where I was in life.  I have excellent role models all around me within my family, my mentors, and community leaders that support me.  Yet, I managed to go off path at a very critical point in my life.  Were there factors that influenced and led to my bad decisions?  Of course.  But, none excuse my actions or, rather, lack of action in some instances.

The hard reality is that professionally and personally, we each should undergo ethical decision making training.  But, this is no easy feat.  Take, for example the case of Rajat Gupta, former managing director of McKinsey & Company.  Gupta made a decision after a Goldman Sachs board meeting to call a hedge fund trader and divulge confidential information.  This decision was clearly an ethical lapse in judgment, but is it possible that he did not identify the ethical nature of the decision that he faced that day?  See “Why It’s So Hard to Train Someone to Make an Ethical Decision.”  By Eugene Soltes, Harvard Business Review. January 11, 2017.  Soltes, Harvard Business School professor, posits that “[h]ad the salience of the ethical decision been clearer, the chance that he would have identified the potential to err would have been greater, thus possibly averting this compromised decision.”

Soltes states that there are three reasons that ethical decision making in real life work scenarios are unique and more challenging than in training manuals.

3 Reasons Ethical Decision Making in the Workplace is More Challenging than in Training Manuals:

1. Ethical Dilemmas in the Workplace Must be Identified

The first as exhibited by the Gupta example is the mere fact that in real life, an individual must identify that there is an ethical dilemma.  In behavioral ethics, this is identified as moral awareness.  I have noted before, that I was not conscious of moral awareness as I was overconfident in my ethical nature.  This overconfidence bias led to my lack of ability to identify that there was an ethical issue that I needed to focus on and examine the morality of what I was doing.

2. Many Corporations Lack a Diverse and Inclusive Culture

The second factor according to Soltes is that in controlled educational exercises, a diverse set of opinions and judgments may be infused.  Many corporations, however, lack a diverse and inclusive culture, thus creating a void.

3. Workplace Decisions Must Often be Made in Haste

The final relevant issue on why ethical decision making is difficult in real life is the spontaneity of most decisions that we face in our workplaces.  Most of the time, there is no flexibility to review all the consequences, seek advice from mentors, and do a proper analysis of the pros/cons. Thus, hasty decisions are often bad decisions that can lead to major ethical challenges and problems down the road.

I believe all entities must begin to infuse a culture of conversation focused on ethical decision making. If we begin to develop a philosophy within the corporate setting where ethics is at the foundation of all decision making, then it will permeate throughout the entire organization.  There is no exact formula or one right way to teach ethics.  However, the more we learn and educate ourselves and those around us of the pressures, factors, influences, and circumstances that we could potentially face within our environment, the more likely it will be that ethical training will have long term sustainability.  If we are faced with modules, lessons, awareness, techniques, and scenarios (just to name a few), individuals within all these differing entities will be better prepared and equipped to make the right decision, rather than making an ill-informed, spontaneous and brash decision leading to penalties and horrible consequences.  This is not a one-time solution.  Ethics is a conversation which permeates each day and every moment and knowledge of this very reality will achieve effective results.