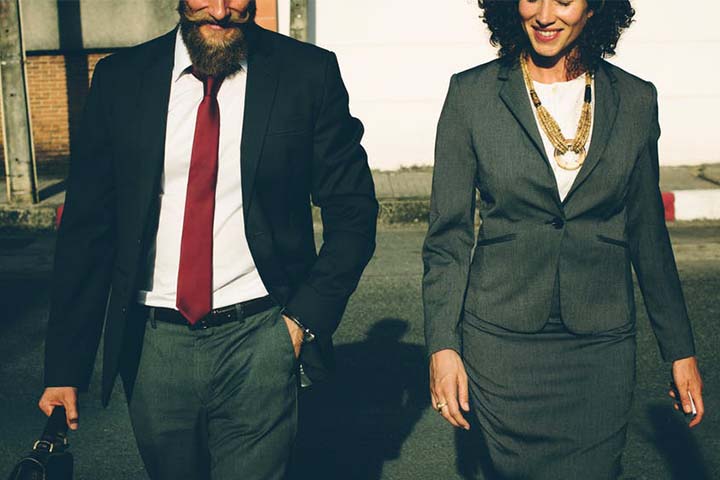 On June 16, 2015, I was sentenced to 366 days of incarceration by a United States Federal District Court Judge. Though my attorney and the prosecutor made arguments on my behalf to try to avoid this result, the Judge disagreed. In the courtroom that morning, the Judge specifically said to me that I was being sentenced to prison partly because I had breached my fiduciary duty as a lawyer. I did not have the highest standard of care. I had a lot of time during that government imposed time to reflect on the judge’s comment. So, what are the ethical standards of an adviser (in this case, lawyer) arising out of a fiduciary duty?

Black’s Law Dictionary defines “transparency” as a “lack of any hidden agendas with all information being available” and a “degree of disclosure is minimum for all verified agreements, practices and dealings.” As a fiduciary, it is our fiduciary duty to uphold the ethical standards of transparency. Not just with our clients, but amongst our colleagues, bosses, staff, community members, and ancillary parties, to name a few. Complete transparency requires a commitment to the highest of ethical standards, even if it means losing the client, the deal, or money. Companies must also uphold their fiduciary duties.

Specifically, in my case I failed to disclose material facts to the lenders of real estate transactions. I lacked transparency in disclosing all the details of the creative real estate closings to the lenders, to whom I had a fiduciary duty. I was charged with bank fraud and conspiracy to commit bank fraud for failure to disclose to the lender that the seller was giving cash incentives to the buyers in the form of rental guarantees administered by a management company through a third-party disbursement.  It is our obligation to our professions within which we work to uphold the clearest ideals of transparency and disclosure.

I have always thought of myself as a person of integrity and moral principles. My parents both raised me to have a character exhibiting the highest of values and commitment to integrity. In fact, I grew up repeatedly hearing the story of my paternal grandfather who fought in the Quit India Movement with Mahatma Gandhi against the British in India. He fought for his principles and what he knew to be the right thing to do alongside activists that included our revered Gandhi. On the day that my father was born, my grandfather was sitting in a prison with Gandhi for speaking against the British and standing for what he knew was right. He maintained his integrity throughout these years never budging from his position and his moral principles. Yet, along the way, my path took a detour as I veered off the straight road I had been leading and made some very bad decisions.

After much time to ponder what true integrity means and deciding to launch myself back onto that path, I believe that integrity entails many things. A fiduciary’s ethical standards of integrity entails telling the truth and being honest first with oneself and with all others. It means paying attention to that inner voice and considering the personal issues in one’s home environment as well as professional and community. The most difficult aspect of integrity is facing the real facts that we all will face our individual psychological issues based on our desires, motivations, cultural pressures, family responsibilities, and more. It is our duty as fiduciaries to pay attention to and continue to live and pursue a path of integrity.

Attorneys as well as other fiduciaries have conflicts of interest that our professions require us to examine, disclose to all parties, and reflect upon before entering any engagement. Those conflicts are real and must be a part of our thought process as we decide to engage with a client. However, as fiduciaries, there is a far greater conflict of interest that lies beneath each relationship with clients. In my case, the client’s interests, and that of the community was in conflict. So, what do I mean by this? Had I just taken a step back and not be so focused on achieving the client’s goals and zealous representation (which is what all lawyers are taught to do from early on), I could have paid more attention to the whole picture. In other words, I should have realized that there were several aspects of each transaction that were fishy and I needed to question. Had I taken the time to ask the tough questions, I would have learned more about the specific dealings in each transaction and realized that my client’s interests would hurt the greater community as a whole. By violating lender’s requirements and taking shortcuts, the market was affected in part because of my failure to consider that the society’s best interest weighed heavier and was more important than my client’s desire to sell his condos. William H. Simon wrote that “lawyers should be allowed and even expected to exercise their ethical discretion so as to facilitate just outcomes, despite the negative effect those efforts might have on their clients’ interests.” William H. Simon, Ethical Discretion in Lawyering, 101 HARV. L. REV. 1083, 1090 (1988). Our fiduciary duty requires us to consider all conflicts of interest that exist within each business dealing and client.

As a small business owner, I was anxious to land the big client, the real estate developer that would assure me repeat business, financial stability, and reduce the pressure to perform and seek new clients. As a result, I was quick to make assumptions and rationalized that the client with whom I had business dealings did not require further inquiry on my part. I assumed that due to his religious association (an extremely limiting sect of his religion) I could automatically trust him. He befriended me and I became subjective, thereby losing any sense of objectivity to perform clear due diligence. As a fiduciary, it is our responsibility to perform all inquiry into the client, the transaction, all parties, and the information being fed to us by all parties. It is easy to take shortcuts and assume that another party has already done the hard work of checking all the details and confirming the validity of each. But, we must as fiduciaries take the time and energy to pour through documents, ask questions of everyone and everything and seek answers to any issue that does not seem to make sense.

“Ownership is about initiative, accountability is about follow-through.” As I went through my adventure, the hardest thing I had to do take ownership of what I did. To face the dragon in the eye and realize that I did something wrong, face the consequences, and then hold my head high to help others learn from what I did has been a gift. I recognize that it takes courage to be ethically vigilant and to be accountable for my past actions. It has been challenging and life changing, and I am blessed to be able to share these lessons coherently to others and to provide consulting services on these issues. As a fiduciary, not only are we held to a higher standard to perform ethically, it is our obligation to take ownership of our wrongs. To shy away from the truth out of fear of the consequences will only make things worse. I have learned in my own life, that I garnered support, love, and respect from those around me because I had the courage to stand up and proclaim that I am human, not perfect, and erred.  Now, I have made it my mission to try to make things right by sharing my story and helping others not make the same ethical mistakes that I did as a fiduciary.

As a fiduciary, there are numerous responsibilities and ethical obligations we must preserve and attend to. These are five of the ethical standards of fiduciary duty that I found through my own journey are necessary for any fiduciary.