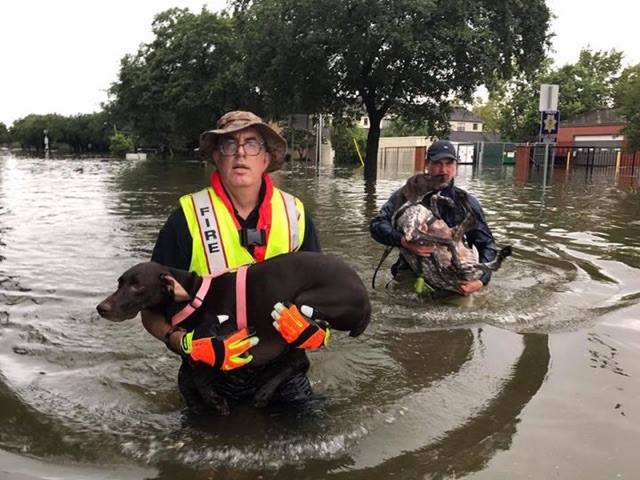 Hurricane Harvey: Can Doing the Right Thing Become the Norm?

Hurricane Harvey has brought severe devastation to Houston this past week.  This storm was unusual in that the hurricane made landfall in Texas and then just stalled.  Harvey dumped more than 40 inches of rain in the Houston area, turning roads and the surrounding areas into rivers.  Where cars usually drive are now boats saving homeowners.  “This event is unprecedented and all impacts are unknown and beyond anything experienced,” the National Weather Service tweeted Sunday morning.   The storm brought more than 30 deaths and lots more injuries related to the storm.  “Hurricane Harvey: What Happened and What’s Next” New York Times, August 28, 2017. As this tragedy continues to unfold, I see the outpouring of love and support around the country helping those in need in Texas and it has me thinking, can doing the right thing become the norm?

I have more than three sets of aunts and uncles, more than ten cousins, and lots more extended family that live in Houston.  I grew up spending every summer in Houston with my sisters, taking turns between homes located all across Houston.  On any given July week, I could be found near Rice University campus in West University, in Downtown Houston, in Clearwater, or in the Galleria area with my family.  Houston is like a second home for me.  So, understandably, I watched this past week in horror and with anxious hope that my family members would survive as best as they could in the wake of the hurricane.  Watching the hurricane report on all the news channels eerily reminded me of that summer day in August 1992, when Hurricane Andrew hit Miami.

I remember it vividly. I was starting my senior year in college at University of North Carolina in Chapel Hill.  I left on August 21, 1992 to drive back from Miami to Chapel Hill in my white Honda Civic hatchback full of clothes, books, and essentials I needed for my senior year in college.  I arrived that Saturday night to unload my car and get settled into the house that my roommate and I had rented for the academic year.   I soundly fell asleep that night, exhausted from a long solo drive and moving things into my house after eating dinner.

The next morning I woke to the shocking news that Hurricane Andrew had hit my hometown of Miami and nobody was prepared.  The storm veered off the projected path and suddenly overtook Miami, devastating my community.  I desperately tried to call my parents to see if they were ok.  There was no answer at first.  That Saturday, the 21st, after I left to drive back to college, my parents had planned to move their office to a new location.  I knew they were moving furniture and items all day and maybe had not had the chance or energy to watch the news at night before they went to sleep.  Sure enough, when I was finally able to get ahold of my parents, they told me the horrible news.  Our house was destroyed in the hurricane.  Even worse, family photos, childhood pictures, antique items from my parents’ childhoods in India and from their ancestors – all gone.  I felt helpless.  I was the oldest daughter and was not there to help.  I could only watch as the next few days, weeks, months unfolded and the people of Miami doing the right thing to bond together and rebuild together.

Frankly, I have never gotten over the guilt that I felt for not being there with my family during this crisis and tragedy.  I could have helped and been another hand in the days afterward.  My two younger sisters were home and they experienced trauma that I believe neither has ever forgotten or completely been able to get over.   Even though our house was lost, my mother and father did what they were raised to do and instilled in each of their daughters, they began to reach out and help others less fortunate than themselves.  My parents’ cars were still functional and they had gas.  They found their way to Homestead, the harder hit southern part of Miami, and offered their energy, support and resources by bringing clean water, food, and other needed items to others.

As I watch the news reports in Houston this week and the outpouring of love and humility exemplified by actions of complete strangers for others in need during this crisis, I can’t help but wonder – why does it take such epic disasters for humanity to unite and commit to doing the right thing?  Houston has come together, is transcending its differences and showing that it is diverse, resilient, and will persevere.   People from all over our country are reaching out to give aid, send much needed food, clothing, essential items, and medical aid.  Boat owners are offering their boats to rescue others.  Rescue workers are reaching out and dedicating time and energy to help those that are stranded.

Is it possible that the selfless actions, outpouring of love, recognition of equality in humanity and doing the right thing, can become a norm?  What do you think?  Could we each commit to maintaining a sense of empathy towards others and do what is ethical?  What is good for others?  What is right? Can we teach our children to think of others?  To do the right thing no matter what the consequences, because its for the good of ourselves and others?