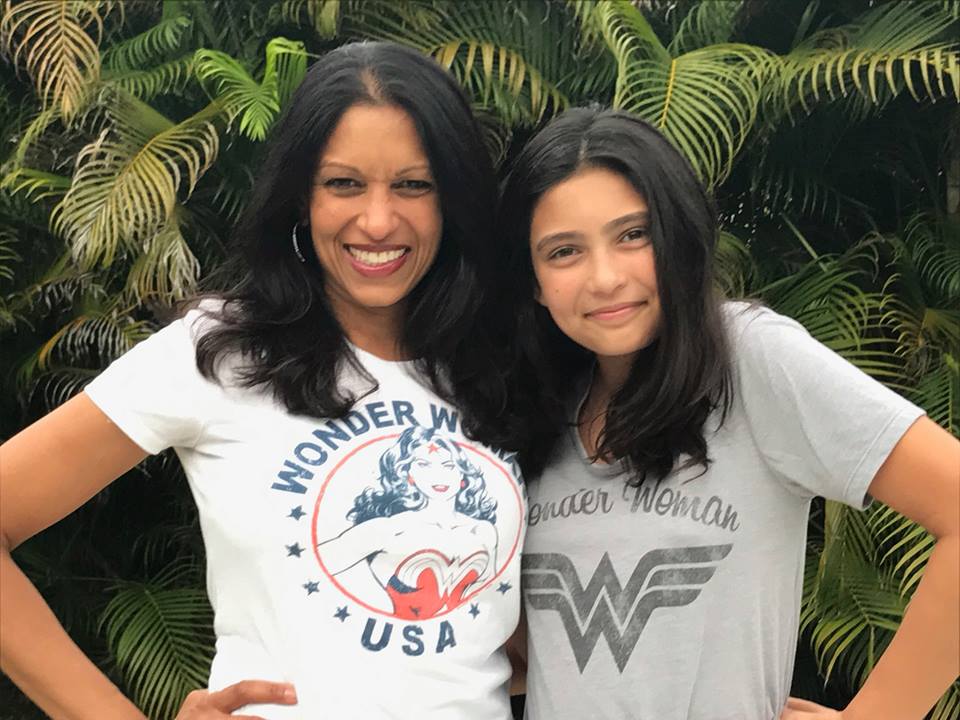 When I was forced to be away from home, I was so grateful that I could call and email my children daily to have connection and feel love. I would end every call and email telling my daughter “You’re my Wonder Woman!” And she would respond by saying “You’re my Wonder Mama!” My daughter started calling me her “Wonder Mama” as soon as she found out that I was sentenced to incarceration. I knew that it was better that my children heard the truth from me about what I did, about taking ownership and being accountable, and about facing the consequences for my actions. So, after I honored my children with the truth, we had about 60 days before I had to surrender myself to the United States Marshalls. During that time, my children had time to process and time to ask me very real questions that they wanted answered. They were worried about me. They asked “What will you eat?” “What will you wear?” “Will you be safe?” “When can we see you?” “Can we visit you?” I didn’t really know answers to more than half of the questions, but I had faith in myself and the courage to put one foot in front of the other. At my core, I believed (and continue to believe now) that there is good in everyone, regardless of who or where I meet them. To my daughter, Wonder Mama meant so many things. Resilience, fearlessness, strength, being courageous, having passion, living with positive energy and more. Why did I call my daughter Wonder Woman? To empower her to emanate those same qualities and to be purposely making ethical decisions, no matter what.

This past weekend, I finally had the chance to see the movie Wonder Woman with my children. It was thrilling and entertaining. Wonder Woman’s character is fierce and bold, beautiful and strong, brilliant and creative, emanating the legendary old comic tale and TV show that I grew up watching and reading as a young girl. A female super hero! It’s about time! At the end of the movie (not to worry – I am not going to spoil it for those of you that haven’t seen the movie!), Wonder Woman’s character reflects that each of us have some good and evil within us, yet we have the power to choose and to continue making ethical decisions that ultimately will help others.

I wanted to examine this idea that we all have good within us. My parents instilled this notion in all three of us girls from a very early age. But is there any scientific proof or is it all just theories that philosophers have written and shared with the rest of us? The philosopher Rousseau “believed that people were born good, instinctively concerned with the welfare of others.” In “Scientists Probe Human Nature – and Discover We are Good, After All” by Adrian Ward in Scientific American magazine, the author details a series of experiments and correlational studies that he and other scientists conducted in an effort to prove with empirical evidence and data that humans are by nature good. The study revealed that “if human nature is simply the way we tend to act based on our intuitive and automatic impulses, then it seems that we are an overwhelmingly cooperative species, willing to give for the good of the group even when it comes at our own personal expense.”

But, does being good automatically mean that one will always be making ethical decisions? That one will automatically make the best decisions no matter the consequence? In the same study, Ward states that when participants in the experiment had time to reflect and identify possible behaviors, weighing the costs and benefits of likely outcomes, and rationally deciding on a course of action, often the same “good” people would make selfish and bad choices for “rational self-interest.” Another scientist, Paul Zak, writes in his article “Are Humans Good or Evil?” in Psychology Today (2011) about Adam Smith’s book The Theory of Moral Sentiments published in 1759. “Smith was the first to clearly make the case that it is our social nature that motivates human virtue and is the reason why we vilify vice,” writes Zak. Zak’s team found that “humans are complicated – both moral and immoral as our environment and physiology dictate. But, mostly moral dominates” based on examining neurochemicals affecting the decisions of people.

Both scientists ultimately lead me back to the question – “Why do Good People Make Bad Decisions?” I have had a lot of time to ponder why a good girl like me, ended up making bad decisions that ultimately took me away from my children. Though Ward and Zak both confirm that we are mostly all moral and virtuous, that does not necessarily mean that our actions will be in line with making ethical decisions. Given the time to rationalize, a bad decision could be made. The environment, cultures, pressures, and other self-interests all could lead a good person, like me, to make a series of bad decisions that led to serious consequences.

I have a renewed sense of purpose since I returned home. I recognize that I have an opportunity to empower each person to see the Wonder Woman within them. Humans can all be making ethical decisions, if given the chance to listen to their inner voice and make the right decisions, even after rationalization and desires kick in. I still call my daughter my Wonder Woman and we jointly wear Wonder Woman shirts to scream to the world that we believe in each other and in everyone else to do the right thing, no matter what.