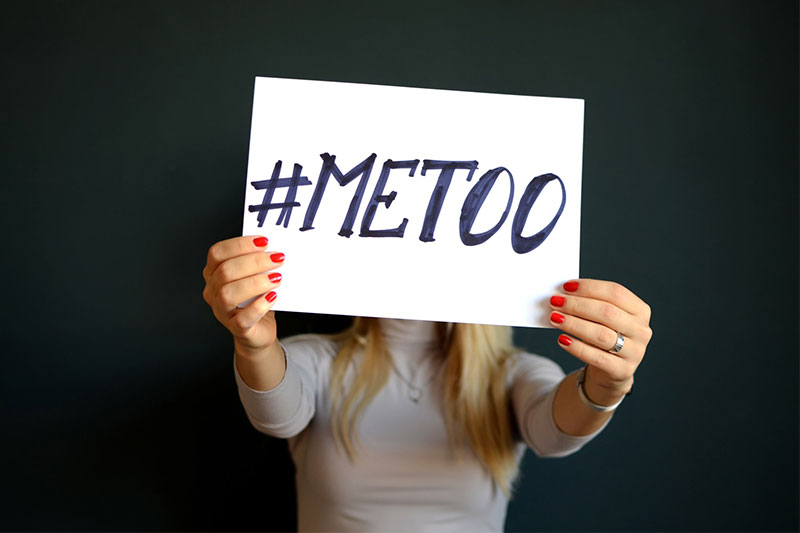 Sexual Harassment in the Workplace: Shifting the Ethics Paradigm

During the past few weeks, I have reflected on my years as an investment banking financial analyst in New York City fresh out of college and then my first few years as a young lawyer newly admitted to practice law in Florida.  When I think about my years at Morgan Stanley Investment Bank and my time at multiple national law firms, I cant’ help but reevaluate how I was treated by my male peers, superiors, and other colleagues given current events.  What were the decisions that ultimately limited my personal goals due to underlying tones of sexual discrimination or harassment?  As Nilofer Merchant so aptly puts it “I had never thought of sexual harassment in the workplace as affecting my career arc, and yet I can now see how its friction surely influenced it.” The Insidious Economic Impact of Sexual Harassment.  Harvard Business Review. November 29, 2017

I must admit I have not really given it much thought over these past twenty-five years.  I just kept moving forward with my rational and logical mindset without allowing myself to emotionally be challenged or affected.  If I had to survey all aspects of my life during my adult years, I realize that I have developed into a woman who has many walls up.  After working as an employee for years, I ultimately realized that I preferred to be an entrepreneur in control of my professional destiny and success.   In each of the workplaces that I experienced, the corporate culture was clear, but never documented or spoken about. I know firsthand that twenty years ago none of us were trained on ethics or compliance.  There was no dialogue from leadership in regards to sexual harassment in the workplace or discrimination of any form but the behavior of my superiors and my peers willfully violated ethical principles.

When I was a first year legal associate at a small litigation boutique, I distinctly recall the moment when I discovered that my male associate friends within the firm were regularly called into the managing director’s office to watch porn.  These same colleagues received the better assignments, faster promotions, and better treatment.  At the time, I remember wondering how could such an abhorrent and crude story be true?  Certainly, it could not be possible that the same man that hired me and set forth the firm’s expectations in order to achieve promotions was engaging in this activity.  He “hung out” with the men and created a subculture of a “boys club” which not only left us female associates out of that private club, but also festered inappropriate thoughts and conduct.

I did not last long at that law firm.  I knew my opportunity for advancement and positive growth was basically nothing.  I ultimately had no mentors and nobody to speak up on my behalf.  It was a lesson in the true dynamics of seemingly successful organizations but their failure to foster a corporate culture focused on wellness in all areas.  As I have written about in my post, corporate ethics training must necessarily include behavioral ethical teachings and role playing for employees to understand the morality of their actions.  Without ongoing discussion as to right and wrong, a corporation allows for systemic ethical lapses of judgment.

The news is wrought with incidents of sexual harassment in the workplace these days.  What occurs to me is that the organizations within which each of these individuals was acting did not allow for transparency in addition to the lack of proper ethics training.  The lack of transparency allowed the universal “willful blindness” approach as it pertained to how women were being treated, via sexual harassment in the workplace.  Merchant suggests “[i]n the near-term, companies could improve reporting procedures so transparency and crowd sourced data could make the “whisper network” visible.”   How else can Hollywood explain that so many people knew of Harvey Weinstein’s absolutely awful actions, tendencies, and power trip – yet nothing was done to change it.  Movies were made, millions of dollars generated to his benefit while women’s self-esteem plummeted and were scarred.  The entire entertainment industry is one day at a time and there is no sense of ethical training or adherence to a culture steadfast in doing the right thing.  There must be a shift in the paradigm as it relates to transparency, speak-up cultures, and encouraging others to “whisper” the truth out loud when sexual harassment in the workplace happens.

There are quite a number of gentlemen in powerful positions who have sexually harassed women according to recent news stories.  Dacher Keltner suggests that people in the ‘powerful’ group are prone to two shortcomings – they develop empathy deficits and are less able to read others’ emotions and take others’ perspectives and they behave in impulsive fashion – they violate the ethics of the workplace.  Sex, Power, and the Systems that Enable Men Like Harvey Weinstein.  Harvard Business Review. October 13, 2017.  Harvey Weinstein has denied all allegations against him regardless of the fact that the complaints are mounted by respectable women with nothing to gain by finally coming forward with the atrocities committed against them.  Roy Moore repudiates that he did anything wrong and refuses to drop out of a congressional race which could potentially place him in a VERY powerful role on Capitol Hill.  The fact that so many citizens of Alabama could support a man who has clearly violated the principles of right and wrong and hurt more than just women is yet another indication in the absence of transparency and ethics training within our lives.  John Conyers also denies any wrongdoing even thought he used taxpayer money to settle such claims in the past.  Its not just necessary to learn about doing the right thing in the workplace, but also in government, in our communities, in our religious gathering places, and in our homes.

As a woman who made bad decisions and has suffered the consequences, I am now committed to living in vulnerability after having taken ownership for my actions.  I can remember the day that I stood in front of a federal judge in a large courtroom and entered my guilty plea.  It was hard.  It was painful.  It was shameful. And it certainly felt like the whole world would turn against me.  I believe my willingness to take responsibility, be raw and share what I did openly, and my commitment to learning from my bad decisions has garnered me continued support.  As the news broke earlier this week detailing Matt Lauer’s firing, I was shaken.  I have faithfully watched the Today show for my entire adult life.  In fact, I can remember first learning about the 9/11 attacks as the news broke during the Today show on that horrible day.  I was shocked.   In addition to recognizing the difficult and possibly damaging decision that NBC executives made to fire Lauer, I anxiously awaited Lauer’s response.  Yesterday, Lauer took ownership for the alleged sexual harassment in the workplace.   The former host of NBC’s Today claimed that some of the stories were “untrue or mischaracterized” but apologized for the “pain” he caused others “by words and actions”.

As hard as it is for Matt Lauer and knowing it will only get worse, at least Lauer is taking responsibility for his bad decisions, inappropriate and awful behavior. He said “[t]here are no words to express my sorrow and regret for the pain I have caused others by words and actions. To the people I have hurt, I am truly sorry. As I am writing this I realize the depth of the damage and disappointment I have left behind at home and at NBC. Some of what is being said about me is untrue or mischaracterized, but there is enough truth in these stories to make me feel embarrassed and ashamed.  I regret that my shame is now shared by the people I cherish dearly. Repairing the damage will take a lot of time and soul searching and I’m committed to beginning that effort. It is now my full time job. The last two days have forced me to take a very hard look at my own troubling flaws. It’s been humbling.”

It will be a long road and Lauer will no doubt experience a complete life change.  But, I for one, know how hard but important it is to own up to the bad choices and decisions we make in our lives and then work hard to find redemption.  I wish Lauer luck as he embarks on his journey and hope he emerges with humility and grace to help others to not make the same bad decisions as he did. Sexual harassment in the workplace needs to be confronted with a shift in the paradigm as it relates to transparency, speak-up cultures, and incentivizing others to “whisper” the truth out loud.