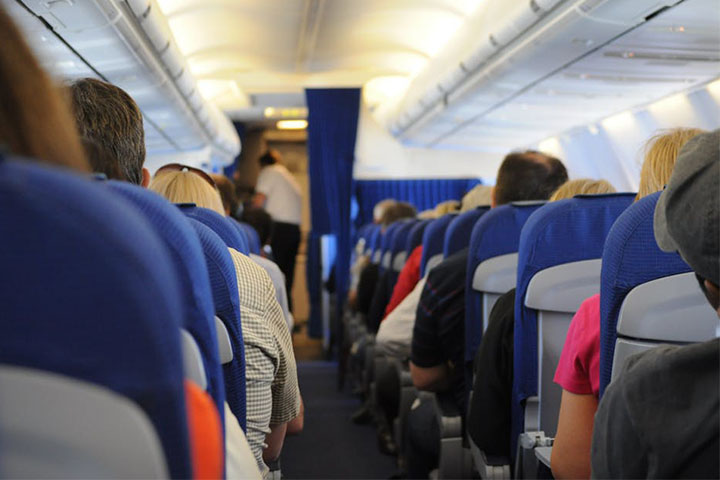 United Airlines scrambled to climb out of a public relations nightmare and financial decline due to the recent actions against a paying customer, a doctor, who rightfully purchased a plane ticket and was sitting in his assigned seat when he was forcibly removed from the plane. But a closer look at United Airlines’ policy statements reveals a clear disconnect between their ethics rhetoric and the actions of its employees and staff.

United’s Code of Ethics and Business Conduct serves as a guide to the ethical and legal responsibilities that all directors, officers, co-workers and third-party representatives share.

Our Code offers guidelines for conducting ourselves and our business on behalf of United Airlines®. They cover such areas as management responsibilities, conflicts of interest, work environment—including harassment, discrimination and workplace behavior—and health and safety. The Code also states our commitment to complying with laws and regulations and conducting our business in a manner consistent with guiding U.S. and international principles on human rights.

United’s Human Rights policy statement and Global Policy on Worker Welfare reflects our commitment to conducting our business in a manner consistent with these principles, for example, the principles reflected in the Universal Declaration of Human Rights issued by the General Assembly of the United Nations. United supports and respects internationally proclaimed human rights and is not complicit in human rights abuses. United’s core values and culture embody a commitment to ethical business practices and good corporate citizenship.

So, what does the Universal Declaration of Human Rights (“UDHR”) proclaim as its principles? Article 1 states the following:

All human beings are born free and equal in dignity and rights. They are endowed with reason and conscience and should act towards one another in a spirit of brotherhood.

No one shall be subjected to torture or to cruel, inhuman or degrading treatment or punishment.

Rhetoric is the use of any means of communication to persuade an audience of any particular topic or objective. In the case of United Airlines as with most multi-national and domestic corporations, it is imperative that company discourse conveys United’s commitment to ethics and human rights and that the company eliminate ethics rhetoric by upholding that commitment.

So, here lies the problem. United Airlines has a branding and marketing team that has rightly included language necessary for a multinational corporation to effectively and honorably operate in the global marketplace. But, are the individual employees receiving training and actual exposure to these policies? Do the pilots, flight attendants and field staff in airports and on airplanes actually know what the UDHR stands for? Are they trained on what it means to “conduct []. . . business in a manner consistent with guiding U.S. and international principles on human rights”? And even more importantly, are the employees empowered to determine what constitutes a human rights violation and act of brotherhood?

Surely, United Airlines Management will not be claiming that the actions taken against the passenger were in the spirit of brotherhood? Does the average layperson find the security personnel’s treatment of Dr. Dao “cruel, inhuman or degrading”? I would venture that the average person would answer “NO” to the first question and “YES” to the second. Thus, begging the question….is United Airlines defining the UDHR for its employees ever?

The critical question is whether United’s leadership team is espousing a culture of ethics and compliance to its employees. Until there is a conversation focused on basic human rights and ethical behavior, the ambiguity leaves the entire corporation without real guidance and blindly acting based on empty words. The rules, thus, are followed without regard to the actual stated mission of the corporation because leadership has not led by example nor provided the necessary safe space to have discussions on ethics.

These are real ethical dilemmas and scenarios that the world knows all too well in the aftermath of the tragic treatment of Dr. David Dao. This recent incident, however, is a wake up call for all corporations and multi-nationals. It is convenient to have ethics rhetoric and monitor whether the company is in compliance with all necessary regulatory and diplomatic laws …but it is hard to actually understand what the U.S. and international principles mean in real life. Treating others with basic human dignity, respect and equality could be illustrated with daily examples and role playing within the corporations. What is considered torture and degrading treatment? How does a corporation define such words and then impart these themes to the rest of the team?

It is not always financially prudent for C-Suite executives and its leadership team to pause to do an ethical reality check. Those that are charged with leading the corporation should be setting an example for the rest of the team so that ethical decision making is the norm It starts from above. Each corporation must espouse not only a written and verbal commitment to ethical vigilance, but take actions which will speak louder than words. From the top down and bottom up, companies can make real steps to spread a culture of compliance and ethics. To ask: “What is right for our customer?”

In the case of United Airlines, if the employees had been inspired through corporate culture and accustomed by their training to exercise discretion and determine basic ethical behavior in the situation, I wonder if the plight of United Flight 3411 would have had a different result. There certainly seems to be a disconnect between United’s ethics rhetoric on its website and how the organization behaves In real life situations.

Flash forward, United and Dr. Dao have settled, with terms that are undisclosed to the public. While Dr. Dao’s lawyer was laudatory concerning how United and its CEO handled the settlement, the reputational sting United withstood will echo far louder and longer than empty ethics rhetoric.